Vietnam ready to coordinate with RoK in COVID-19 fight: spokeswoman

Vietnam stands ready to share and continue to closely coordinate with the Republic of Korea (RoK) in the prevention, fight and control of the epidemic, Spokeswoman of the Foreign Ministry Le Thi Thu Hang said on February 28. 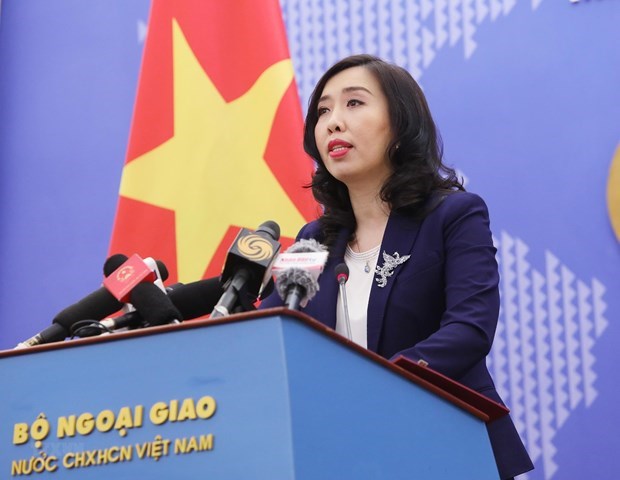 Concerning the decision to suspend the unilateral exemption of visa for the RoK citizens, the official said the Northeast Asian country on February 23 raised its alert to the highest level in face of the complicated development of the COVID-19 acute respiratory disease in its Daegu city and Gyeongsangbuk province, and in that context, the Vietnamese government has decided on the move, effective from 0:00 am on February 29.

This is a temporary measure aimed at fighting the disease, preventing its outbreak and spread in the community, thus ensuring the safety and health for the peoples of the two countries, Hang stressed, adding Vietnam has notified the RoK side on this./.

Pandemic-struck Vietnamese Japanese to get supported from local organizations

Made-in-Vietnam COVID-19 vaccine to be priced under US $2.6

Iceberg larger than New York City breaks off in Antarctica

Vietnam racks up US$1.29 billion in trade surplus in two months