The staff of the Consulate General of Vietnam in Vladivostok, Russia, laid flowers at the monument of President Ho Chi Minh in that city’s Ho Chi Minh flower garden. At a celebration afterward, Consul General Nguyen Hoang Viet underscored the significance of National Day and summarized Vietnam’s glorious history. He said the enormous sacrifices of heroic Vietnamese martyrs for national liberation will be forever remembered, according to VOV.

The same day, a similar celebration was held by the Vietnamese Embassy in Prague, the Czech Republic. Ambassador Thai Xuan Dung, on behalf of the Vietnamese government and people, thanked the Czech Republic for donating 250,000 vaccine doses and pledging another 500,000 doses for Vietnam. Tunde Bartha, Director of the Office of the Government, quoted Czech Prime Minister Andrej Babis as saying the donation manifests the solidarity between the two countries, adding that the Czech government is negotiating the delivery of 500,000 doses of Moderna vaccine to Vietnam.

The Vietnamese Embassy in Chile laid flowers at the President Ho Chi Minh Statue in the park named after him in Santiago. Among those present was Mauro Tamayo, Mayor of Cerro Navia. Ambassador Pham Truong Giang thanked the people of Chile, and Cerro Navia in particular, for their sentiments toward President Ho Chi Minh and Vietnam over the years. He promised that the embassy will continue coordinating with Chilean authorities and people to preserve and nurture the bilateral friendship.

Vietnam’s General Consulate in San Francisco, the US, and the municipal authorities held a ceremony to hoist the Vietnamese flag on Wednesday to mark the country’s 76th National Day. Consul General Nguyen Trac Toan spoke highly of the contributions by the local authorities to promoting relations between the two countries, especially the determination to establish the sisterly relationship with Ho Chi Minh City right before the two nations normalized their diplomatic relations.

Meanwhile, the Permanent Delegation of Vietnam to the United Nations on September 1 held an online ceremony to celebrate the occasion. Vietnamese expats living, working and studying in New York, along with officials and employees of Vietnamese representative agencies in New York joined the activity.

As reported by VNA, Ambassador Dang Dinh Quy, head of the delegation, emphasised the great significance of the day and the achievements Vietnam has achieved in the cause of Doi Moi.

The diplomat called on Vietnamese living all over the world to continue helping the people in the country to fight the COVID-19 pandemic, and spoke highly of the contributions by the overseas Vietnamese community to the work.

On Wednesday, the Vietnamese Embassy in Japan celebrated the 76th National Day, September 2. Speaking at the ceremony, Vietnamese Ambassador to Japan Vu Hong Nam affirmed that over the past 76 years, the Vietnamese people have experienced an arduous but glorious history, defending independence, reunification and national construction, realizing the goals of freedom, equality and happiness President Ho Chi Minh set out in the Declaration of Independence on September 2, 1945.

The Embassy of Vietnam in India on September 1 held a ceremony on the occasion in New Delhi.

In his opening speech, Ambassador Pham Sanh Chau spoke highly of efforts and preventive measures by the Government of India in the COVID-19 fight which have helped stabilise the situation in the country. He expressed his gratitude to the Indian Government for sending 300 oxygen generators and 100 tonnes of liquid oxygen to support the treatment of COVID-19 patients in Vietnam.

2021 marks the fifth year of the Vietnam-India comprehensive strategic partnership, the ambassador said, adding that the countries will celebrate the 50th anniversary of the bilateral diplomatic ties next year.

The diplomat voiced his hope that the upward trend will be maintained to soon reach the target of 15 billion USD set by the two countries’ leaders.

Ambassador Le Linh Lan highlighted that over the past 50 years, the bilateral relationship has made significant strides in all areas. The two countries have closely cooperated and supported each other at multilateral forums and international organisations. Over the recent years, the bilateral economic cooperation relationship has developed strongly with annual trade turnover reaching 2 billion USD.

The diplomat expressed belief that with the complementary nature of the two economies and the current strong political dynamics, the Vietnam-Switzerland cooperation relationship will continue to flourish and deepen in the coming time. 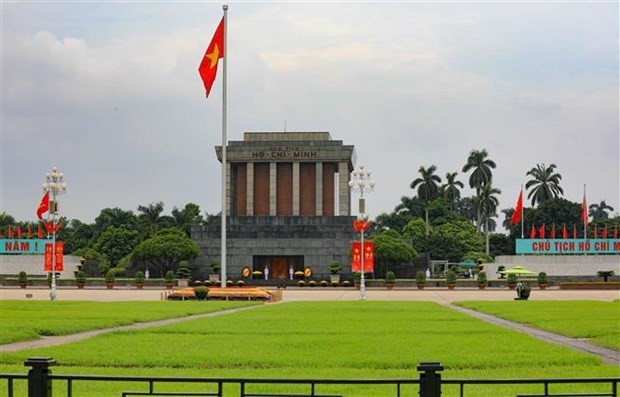 Leaders of countries across the world have extended greetings to Vietnam on the occasion of the country’s 76th National Day (September 2)
September 03, 2021 | 08:48 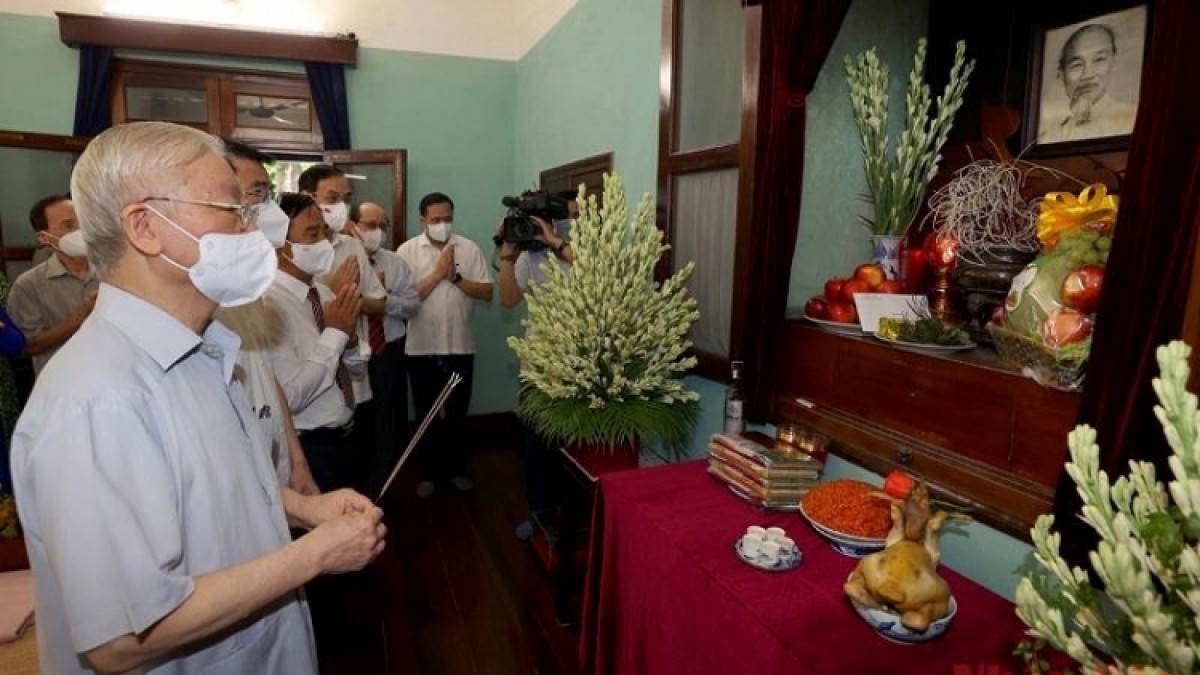 Party General Secretary Nguyen Phu Trong offered incense in tribute to President Ho Chi Minh on September 2 at House 67 inside the Presidential Palace complex to mark the 76th anniversary of the August Revolution on August 19, National Day on September 2
September 03, 2021 | 08:54