Attracting tourists with majestic and wild beauty, these four waterfalls deserve to be must-see places for many people.
Ruby Lee
lethanhha8991@gmail.com November 11, 2020 | 14:49

From the North to the South, with three-quarters of the area is hills and mountains, Vietnam has various beautiful landscapes. Here are the four waterfalls that is definitely worth adding to visitors' list of best vacation spots.

Located about 12 km from Sa Pa town, Thac Bac or Silver Waterfall is an ideal place for travelers who love to explore. Being the upstream of Muong Hoa stream located at the foot of O Quy Pass, it is about 200 meters in height.

Observing from the foot of the waterfall, along the stairs to the arch bridge, tourists will bear the feeling of pouring towards this waterfall. Thac Bac has two separate paths up and down. The way up is on the right side. When reaching halfway up the waterfall, tourists will cross a bridge to the left part.

Dai Yem waterfall is a historical landscape, which is closely related to the history of Thai people in Muon Sang land a long time ago. The name Dai Yem is derived from a story about the brassiere of the girl who saved a boy from the flood.

Back to the upstream of the spring, tourists can reach the first waterfall. The internal parts of the spring have many small and medium rocks with various strange shapes. In the rainy season (April to September), the entire 70m width is a white curtain flowing to the river, a poetic scene. The second waterfall has only one line from a height of 50m. Many trees at the top of the waterfall create a grand landscape.

The waterfall includes two levels of falls with the second located 150 meters at an angle below the first one. Above the second waterfall is a floral stretch of land from where visitors can view the surrounding mountainous view.

Dray Nur waterfall in Kuop Village is about 25 km south of Buon Ma Thuot City. The waterfall, which is 250m long and 30m high, is the most beautiful and largest of the three waterfalls on the Serepok River. From afar, Dray Nur offers a spectacular panorama. Dray Nur is renowned for its purity and for its incredible legends. Dray Nur in the local tongue means Female or Wife Waterfall.

The magnificence of Dray Nur might make some feel dizzy but for adventure lovers, visiting the waterfall is an impressive experience. Quang Quy, a tour guide, said: “Dray Nur consists of three levels creating three lakes. You can swim in the first lake because the water is shallow. In the second lake, you must be careful because the rocks are very sharp. In the third lake, the water is quite deep, between 8 and 10m. From this lake, walking along the rock bank, you can enter a cave. Also from here, there is a panoramic view of the waterfall”.

The cave extends more than 3,000 square meters. Stalactites and stalagmites in the cave create an extraordinary scene that delights visitors.

In the villages near the waterfall, you can observe the daily activities of E De ethnic minority people- rice grinding, brocade weaving or and making hunting tools. You can also taste the local rice wine and local food specialties and hear numerous legends about the Central Highlands and the Dray Nur Waterfall.

The waterfall is located in a deserted area, about 50km from Dalat. Take a turning at the km-post No.260, keep going 6 km more, tourists will reach the eco-tourism site of Pongour waterfall.

Pongour waterfall or also known as 7 cascading waterfalls, this is the most beautiful waterfall in the Central Highlands. The waterfall is located in Duc Trong district, about 50km south of Da Lat city on the National Highway 20.

Pongour falls from a cliff 40 meters Pouring down a deep valley, the width of the cliff is over 100 meters. Surrounding the Pongour waterfall is the primeval forest and rocky interstices between the water flowing from the falls are spectacular and beautiful. it is called seven cascading waterfalls because of the water poured from the top of the waterfall into the valley through a system of seven steps high stairs. 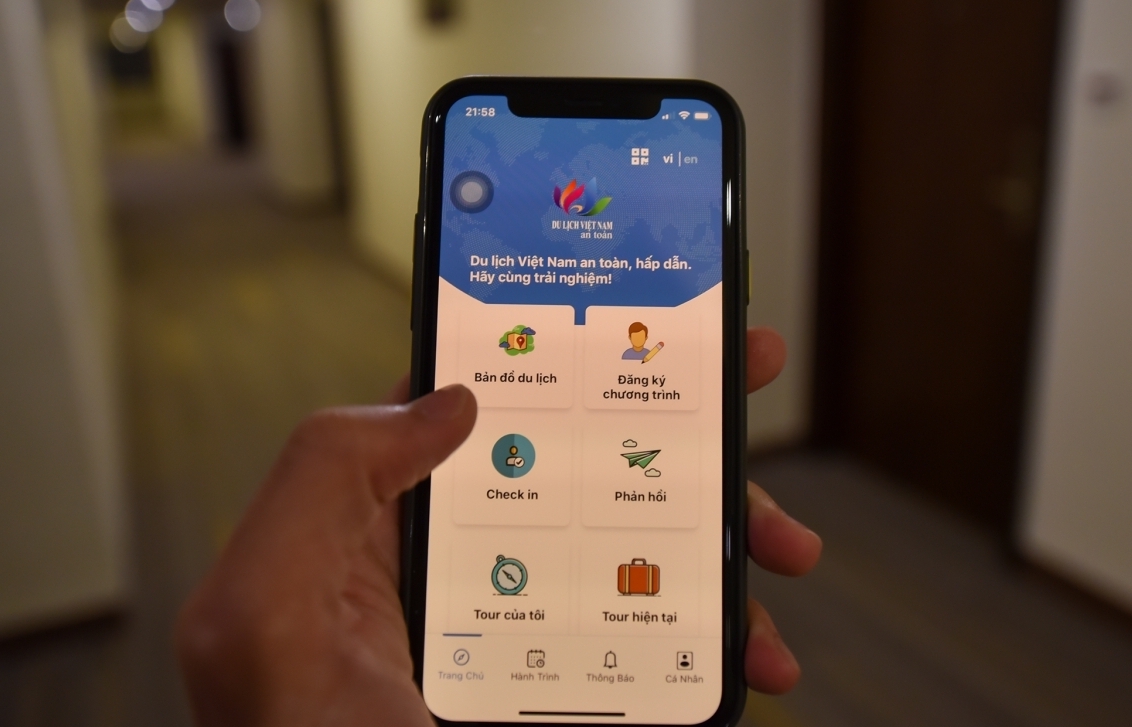 The “Vietnam Travel Safety” app enables visitors to check the safety standards of various service facilities, update on COVID-19 situations, and other up-to-the-minute information about destinations, promotion programs across the country.
October 13, 2020 | 10:26 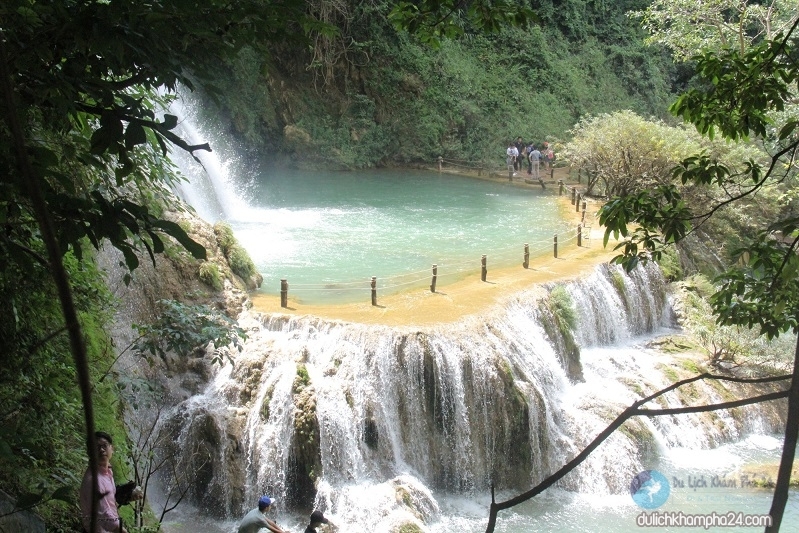