Two Chinese (PLAN) aircraft carriers are preparing to conduct a set of provocative war games in the contested waters, near the Taiwan-claimed Pratas Islands, also known as the Dongsha Islands while two Air Force B-1B Lancer bombers flew over the Bien Dong Sea -East Sea (called South China Sea) on Tuesday, the latest in an increasing number of U.S. military demonstrations in the region.
Tarah Nguyen
thuyhang.vietnamtimes@gmail.com May 28, 2020 | 08:57

It is reported that two Chinese People’s Liberation Army Navy (PLAN) aircraft carriers are preparing to conduct a set of provocative war games in the Vietnam's Bien Dong Sea (East Sea) (contested by China with the international calling as South China Sea), near the Taiwan-claimed Pratas Islands, also known as the Dongsha Islands.

The Chinese aircraft carriers Liaoning and Shandong were finishing up combat readiness training in the Bohai Bay of the Yellow Sea ahead of a planned deployment near the Taiwanese territorial claims, The Daily Mail reported. The Pratas or Dongsha Islands are a series of three atolls off the coast of China and lying to the southwest of Taiwan.

The reports of China’s planned aggressive moves near Taiwan come shortly after Chinese Foreign Minister Wang Yi claimed, “political forces in the US are taking China-US relations hostage and pushing our two countries to the brink of a new Cold War”, reported the americanmilitarynews.

The war games near the Pratas Islands also come amid Chinese calls to reunify with Taiwan, raising concerns among some observers that the war games are a ploy to capture the islands.

The Japan-based Kyodo News reported on May 12, that the PLA is also planning to hold massive beach landing drills on the Chinese island province of Hainan in August, which could be used to simulate a beach landing on Taiwan’s Pratas Islands.

The South China Morning Post further reported comments by a military source familiar with the planning, that an “aircraft carrier strike group will pass through the Pratas Islands on its way to the exercise site to the southeast of Taiwan in the Philippine Sea.”

The exact path that the Chinese warships will transit, and the location of their drills is not entirely clear, but the plan seems to deliberately put the Chinese ships in close proximity with Taiwanese territory.

“There are just 200 Taiwanese troops stationed on the Pratas,” the military source told The South China Morning Post, “so it doesn’t make sense for the PLA to deploy an aircraft carrier strike group to take such a small island.”

Lu Li-Shih, a former instructor at Taiwan’s Naval Academy in Kaohsiung told The Post that China may no longer see use in capturing the Pratas Islands because they have lost their strategic importance to Beijing. China has instead begun placing artificial islands in the South China Sea to serve as airstrips within the disputed region.

“Beijing has three 3,000-metre airstrips on its man-made islands nearby, and they can each accommodate all kinds of [military and civilian] aircraft,” Lu said.

Chi Le-yi, a military observer based in Taipei, Taiwan, said China’s landing drills and war games were more likely geared towards an overall plan of militarizing the South China Sea and expanding China’s influence in the disputed region.

“A landing drill could be seen as preparation for an attack on Taiwan, but it is more to do with the PLA building up its combat systems for any possible conflict in the South China Sea,” Chi told The Post.

The Bien Dong Sea (East Sea) (South China Sea) has been caused a highly contested region by China recently and the U.S, even before the coronavirus outbreak raised tensions between the U.S. and China and between China and Taiwan, China and Vietnam, China and Indonesia, China and the Philippines, China and Malaysia ... On Tuesday, U.S. Air Force B-1B bombers completed flights over the South China Sea as part of the U.S. effort to maintain access to all air spaces where international law permits, such as that disputed region of the Pacific.

Two Air Force B-1B Lancer bombers flew over the South China Sea on Tuesday, the latest in an increasing number of U.S. military demonstrations in the region, on the stripes's report.

Bombers deployed to Guam flew the mission to demonstrate the Air Force’s ability to operate anywhere international law allows, “at the time and tempo of our choosing,” Pacific Air Forces said via Twitter on Wednesday.

The Lancers, originally from the 9th Expeditionary Bomb Squadron at Dyess Air Force Base, Texas, were at least the second pair to turn up in the area in less than a month. The Air Force does not publicize all of it B-1B flights.

On April 29, two Lancers appeared over the Bien Dong Sea (South China Sea) during a 32-hour round trip from Ellsworth Air Force Base, S.D. That flight demonstrated the new “dynamic force employment model” aimed at making its global bomber presence less predictable, the Air Force said at the time.

The squadron from Dyess arrived on Guam May 1 with four B-1B bombers and about 200 airmen to train and conduct operations with allies and partners, the Air Force said at the time.

Beijing deems such overflights “provocative,” and blames the United States for rising tensions between the two nations. China and several other countries have overlapping claims to portions of the Bien Dong Sea (South China Sea).

The U.S. disputes China’s claims over several islands and reefs in the resource-rich South and East China seas, including Vietnam's Hoang Sa (Spratly), Truong Sa (Paracel) and Senkaku islands, according to the CIA World Factbook. The Air Force missions follow an increasing number of freedom-of-navigation operations the Navy conducts in the region to challenge what it calls China’s “excessive maritime claims.”

China has been active there, as well, sending an aircraft carrier task force twice in April through the Miyako Strait, a strategic waterway near Okinawa.

Since mid-March, Chinese fighter jets have also harassed U.S. reconnaissance aircraft at least nine times in the South China Sea, a Pentagon official told Fox News in a May 19 report.

On Saturday April 18, China said it had established an administrative district on Vietnam's Truong Sa (Paracel) islands and another on the Hoang Sa (Spratly) islands. The two districts are under the control of China’s so-called Sansha city, according to China Global Television Network.

Vietnam protested on Sunday at China saying it had established two administrative units on islands in the Bien Dong Sea (South China Sea), in Beijing’s latest move to demonstrate its assertiveness in the disputed waters.

China has recently been pushing its presence in the energy-rich waters while other claimants are pre-occupied with tackling the new coronavirus pandemic, prompting the United States to call on China to stop its “bullying behaviour” there.

A Chinese government survey ship was seen earlier this week tagging an exploration vessel operated by Malaysia’s state oil company Petronas in the disputed waters, and remained offshore of Malaysia as of late Sunday..

Earlier this month, Vietnam lodged an official protest with China after the sinking of a Vietnamese fishing boat it said had been rammed by a China Coast Guard vessel near the Paracels.

Foreign ministers of the US and Australia have protested China’s recent moves in the Bien Dong Sea (South China Sea) that indicate Beijing's intention to take advantage of the pandemic to distract the world from maritime flashpoints. Both the countries say Beijing has not let the Covid-19 outbreak dampen its pursuit of foreign policy issues. 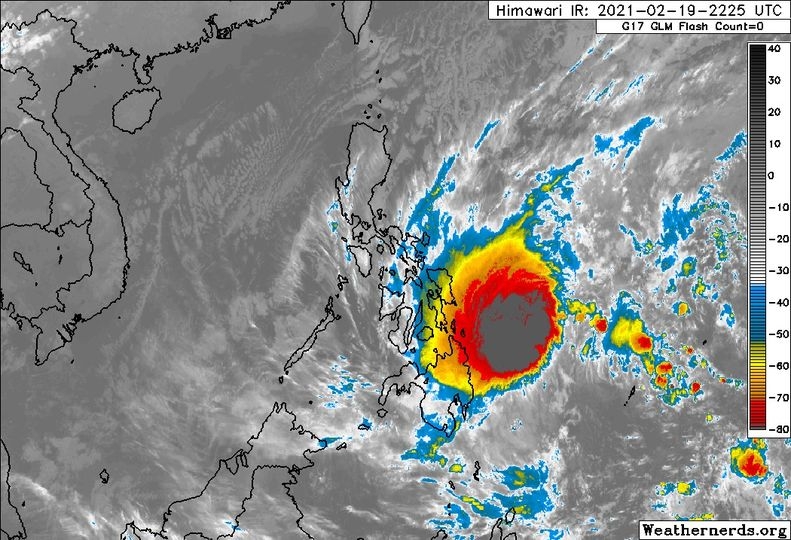 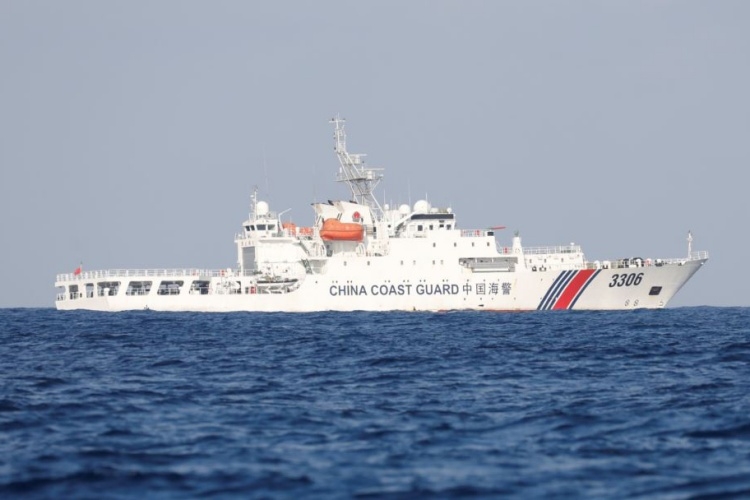 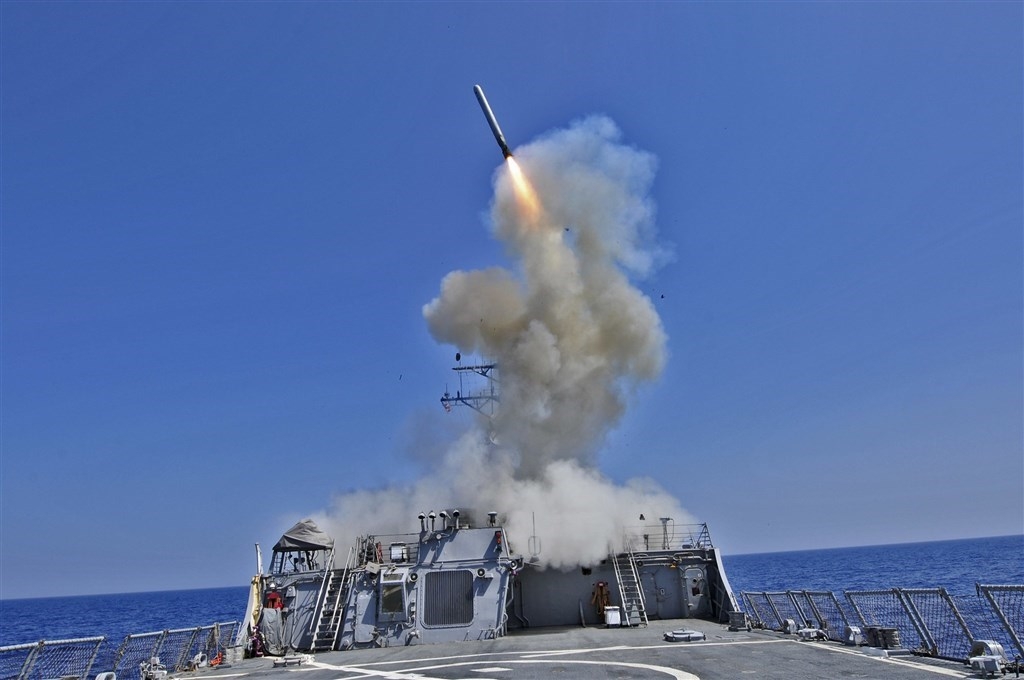 Industry sources reveals that Taiwan sets to receive as many as seven major weapon systems from the US, in the context of the Trump administration is putting more pressure on Beijing.
September 17, 2020 | 11:08 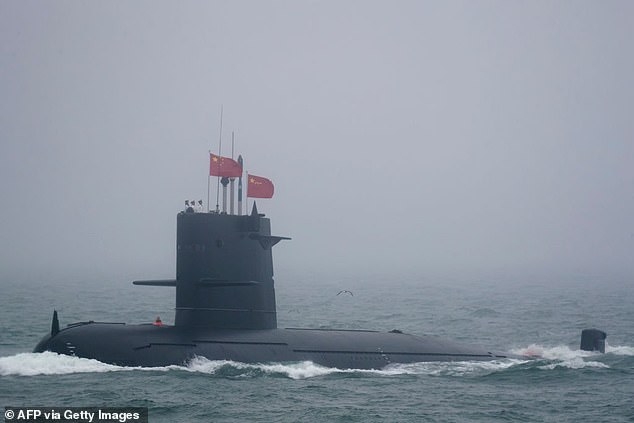