Apart from costly cars and branded goods, houses are also a type of property that helps Vietnamese tycoons to show off their wealth. Let’s admire the tycoon Do Van Tien’s palace, where is known as the largest and tallest of its kind in Southeast Asia.
Malie Nguyen
[email protected] March 02, 2021 | 13:11

The palace is located in the northern province of Ninh Binh. It took three years and a half to complete the construction.

Both the entrance and the buildings boast magnificent beauty with many intricate patterns. The palace consists of 3 buildings, 2 smaller of which are dedicated to two sons and the larger one is the residence of parents as well as common space. The main palace is estimated as high as an 18-story building, with a floor area of ​​up to 15,000 square meters.

There are two entrances leading to the castle's reception hall which are as wide and splendid as ones of high-end hotels. The entire ceiling is wooden and the chandeliers are inlaid with gold. In addition, the columns and domes are also meticulously carved.

Entering the inside, many people will definitely feel like they are getting lost in the European palaces thanks to the typical architecture, colors, and dome systems. The four sides of the dome are designed in the shape of Russia's emblem, above are countless oil paintings of the Renaissance period. Besides, all motifs are plated with 24k gold.

Stairs are made from large red wooden blocks and elaborately carved.

The palace is also equipped with five elevators.

The magnate’s working room looks extremely impressive with chandeliers imported from Iran and a set of gold-inlaid tables and chairs, “emanating” power and riches.

Particularly, the palace has nearly 20 bedrooms which are all splendid and lavish. Besides, it has a library, movie theater, karaoke room, etc.

Tycoon Do Van Tien is the owner of the Thanh Thang Group which was established in 2005 and operates in the field of exploiting and processing construction materials.

Thanh Thang is among the groups that earn the highest turnover in the cement industry in Vietnam. 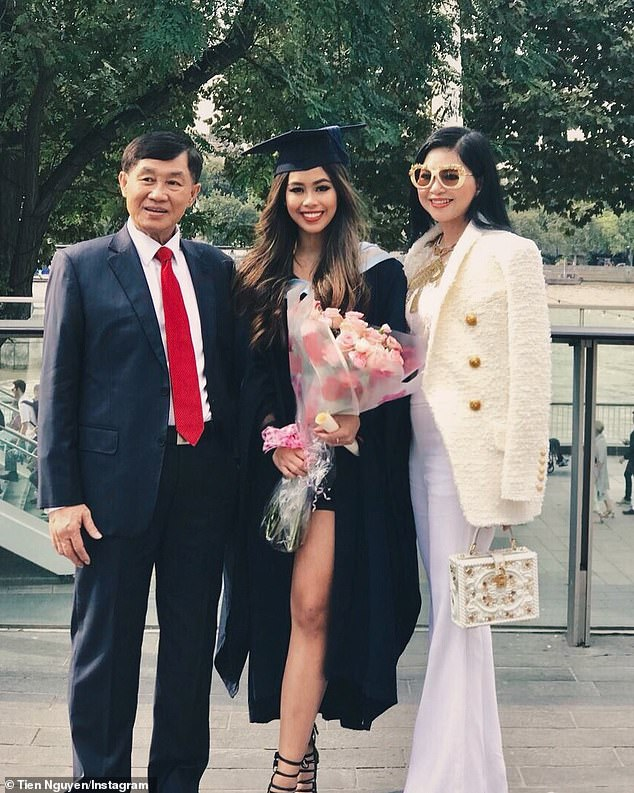 The Sydney Morning Herald has conducted an investigation on former banker Jean-Dominique Huynh, the reclusive buyer of the controversial Sirius building which is located in a prime location at the foot of Habour and overlooks the iconic Sydney Opera House. The businessman was revealed to have a family connection with Vietnamese billionaires and an Instagram influencer.
July 05, 2020 | 17:23