More and more foreigners have need to learn Vietnamese

Not only expatriates in Vietnam but also foreign students in all over the world have a need to learn Vietnamese. 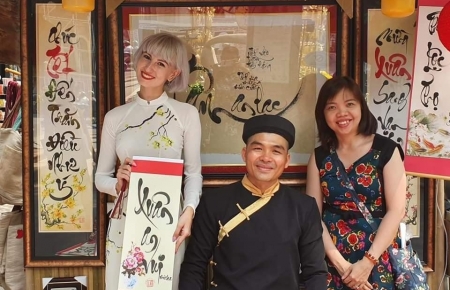 Maria Kalinina, best known as Micka Chu, is a foreign entertainer living in Ho Chi Minh city. Though her multiple talents, it’s her fluency in Vietnamese and covers of Vietnamese pop singer Son Tung M-TP’s hit songs that have made her famous in the country. 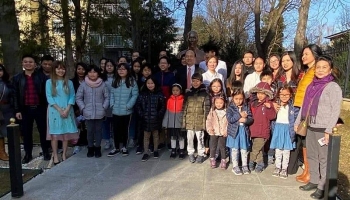 The Vietnamese Embassy and the Vietnamese Women’s Association in Austria on Feb 15 opened a Vietnamese language teaching class for overseas Vietnamese children in Vienna city. 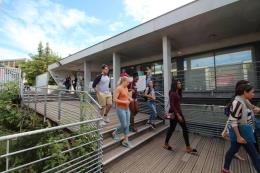 Vietnamese language and culture have been officially included in the teaching programme of Paul-Valéry University, Montpellier 3 in France’s Occitanie region as part of cooperation between the university and the University of Languages and International Studies under the Vietnam National University – Hanoi. 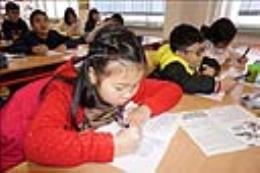 Recently, the Vietnamese Centre at the SAPA Trade Centre in Prague, the capital city of the Czech Republic, launched a free Vietnamese language course for Vietnamese children in the country. 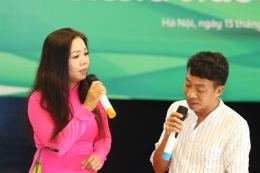 The final round of a singing contest for Vietnamese people around the world will be held on September 12-15 in Warsaw, Poland.

Not only helping overseas kids to pick up the language of homeland, the mother tongue class in Yekaterinburg offers a platform for students to enhance their understanding of Vietnamese culture. 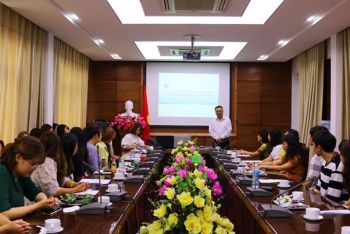 (VNF) – The third Vietnamese language and culture course for students of Keimyung University (Korea) was concluded on July 27. 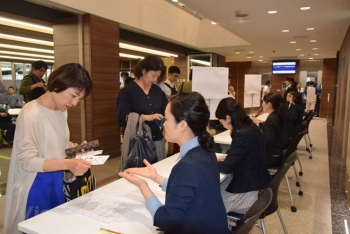 Nearly 565 candidates of different age groups took the second Vietnamese language proficiency exam at the Japanese College for Foreign Languages in Tokyo, Japan, on June 24th, a surge from the previous exam which drew 379 candidates. 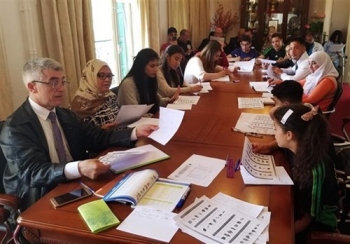 A Vietnamese language class opened at the Embassy of Vietnam in Algeria’s capital city of Algiers on May 12, meeting the demand to learn the language and explore Vietnamese culture of students in Algiers and neighboring localities. 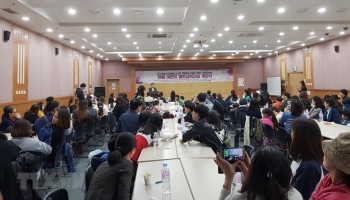 It opened by showing that 800 Koreans took the language proficiency test Vietnamese Oral Proficiency Interview in 2017, jumping by 15 percent from 2016. Meanwhile, a Vietnamese language course at the Seoul-based online language education Siwon School saw a 4-percent increase in the number of students and an 11-percent increase in sales every month since it was first launched in November 2016. The article said the number of RoK people learning Vietnamese is not huge, but its growth is not a coincidence, regarding the context of the two countries fortifying their ties, particularly in trade. RoK’s exports to Vietnam rose by 46.3 percent last year, and more than doubled over the last three years. Vietnam is now expected to become RoK’s second largest export market by 2020. At the end of 2017, about 5,500 RoK firms operated in Vietnam. This makes the RoK the biggest foreign investor in Vietnam, with total direct investment reaching a record-high 7.4 billion USD in the first 11 months of 2017. The article noted Vietnam’s rapidly growing economy played an important role in the economic ties growth. It said Samsung is taking the lead of RoK investment in Vietnam, followed by other firms such as Lotte and CJ. Smaller players have also targeted the Vietnamese market. The Seoul-based general cooking and food company Ourhome has recently begun to provide Vietnamese language courses for its employees ahead of its expansion to the country. By the end of 2017, only 4.9 percent of high school students in RoK decided to take Vietnamese as a second language test for their university entrance exam, lagging behind Chinese and Japanese at 5.4 percent and 8.1 percent, respectively. However, the article said the situation might change soon./. 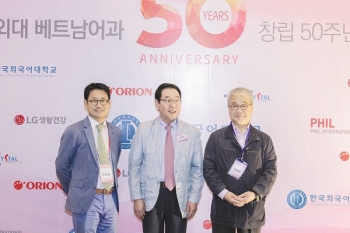 Alumni of Vietnamese language faculty in Korea: Striving for the development of Vietnam in the next 50 years

They are diplomats, lecturers, entrepreneurs, consultants, fresh graduate looking for job opportunity in Vietnam. From different part of the world, they flocked to Ho Chi Minh City (HCMC) to celebrate the 50th anniversary of the first Vietnamese language faculty in Korea. 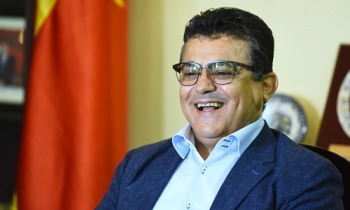 The Ambassador over 37 years passionate about Vietnamese language

(VNF) - The Palestinian Ambassador to Vietnam is constantly searching for the unique features of the Vietnamese language although he has pursued this language for more than 37 years. 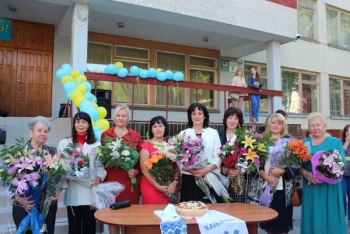 A new school year ceremony has been held at the Vietnamese language class in Kiev, Ukraine, aiming to preserve national cultural values. 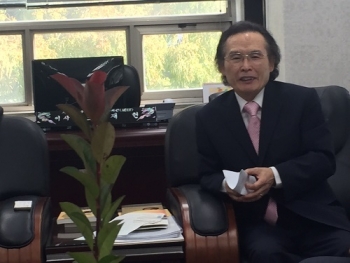 The Korean professor with endless love for Vietnamese language

(VNF) – He is the one who has been learning Vietnamese in the last five decades and has taught the language to nearly 3,000 Korean students in over 30 years. He is also the author of the first-ever Vietnamese-Korean dictionary which contains 60,000 words. Who is he?

LG, Panasonic, Foxconn are among giant tech planning to shift manufacturing to Vietnam