Stock prices May 8 witness a positive prospect with global stock climbing on sights, Nasdaq and Dow, Tech stocks all rise as optimism about the reopening of the U.S. economy sparked a broad market rally, according to CNBC.

Accordingly, energy and financials, as well as industrials stocks like Boeing and the airlines, led the Dow and S&P 500 elevating as investors snapped up equities on hopes America could be back to work after the pandemic outbreak, CNBC reported.

Dow Jones Industrial Averagefutures were up by 270 points, or 1.1%, and implied an opening gain of more than 300 points. S&P 500 futures were up 1.2%. Nasdaq-100 futures were 1.1% higher as tech stocks looked to add to their gains after pushing the Nasdaq Composite into positive territory for the year on Thursday.

On Friday, the Labor Department will release its monthly jobs report for April. Economists polled by Dow Jones expect that 21.5 million jobs were lost, which would be a record loss for a single month. They see the unemployment rate jumping to 16% from 4.4%, a post-WWII high. Weekly jobless claims data on Thursday showed more than 33 million Americans have filed for unemployment benefits over the seven-week period ending May 2. But it also showed a slowing pace of job declines.

Stocks have rallied aggressively off their March lows as investors bet on an eventual reopening of the economy and that many tech companies would see solid revenue even through the shutdowns. The S&P 500has bounced more 30% from its virus low and is just 15% from a record. The Nasdaq Composite is more than 35% off its lows and is now up 0.1% for 2020. Gains from Facebook, Amazon Alphabet and Apple helped lift the index back into positive territory for 2020. At one point, the Nasdaq was down more than 25% year to date.

Wall Street rallies, and the Nasdaq turns positive for the year

According to New York Times, stocks rose on Thursday with Wall Street’s technology-heavy benchmark, the Nasdaq composite, closing in positive territory for the year.

Tech stocks have been rallying on the view that giant companies like Amazon, Apple, and Microsoft will emerge from the coronavirus pandemic with even more power than they had before it began. They’re sitting on mountains of cash that will help protect them from the economic downturn, and the nature of the lockdowns — with workers at home and consumers dependent on e-commerce — plays directly to their strengths.

Though the biggest companies have outsize influence over the market, it isn’t just the giants that are seen as benefiting from the pandemic. The Nasdaq also includes companies like the conference app maker Zoom, home fitness company Peloton Interactive, and Netflix, all of which have rallied this year as demand for their services skyrocketed.

The Nasdaq is still well below its highest point of the year, reached in February. The S&P 500 still has to climb more than 10 percent to reach its break-even threshold. Both indexes gained more than 1 percent on Thursday.

Those gains came even after the latest report on weekly unemployment filings showed that more than three million workers in the United States claimed benefits last week. Also on Thursday, the Bank of England projected that the British economy would contract 30 percent in the April-June quarter, and 14 percent for the year.

Drizzling comeback from consumers and some businesses

Speaking to CNBC, Richmond Fed President Tom Barkin said on “Closing Bell” that he thinks economic data will improve from here but he expects that continued government support will be needed for some people and small businesses. “I just fear it’s going to take a while for consumers and personal interaction businesses in particular to get comfortable interacting again. So I think the comeback is going to be slower, and that does mean we are going to have individuals and small businesses in need of some help,” Barkin said. Barkin also echoed previous comments by Chairman Jerome Powell opposing negative interest rates, despite the futures market implying a negative Fed funds rate in 2021. “Negative interest rates have been tried in other places, and I haven’t seen anything personally that makes me think they’re worth a try here,” Barkin said.

Value stocks underperformed growth stocks during the decade-plus bull market that ended in March. Now’s the time value strategies can work well, as the economy slowly emerges from a deep slumber, according to Market Watch.

Warren Koontz, head of value equity at Jennison Associates, focuses on selecting stocks of “quality” companies with attractive dividend yields that are priced below his team’s estimates of intrinsic value. His investment horizon for a company is typically three to five years.

Here are three stocks with attractive dividend yields that Koontz discussed during an interview on May 6. He says they’re well-positioned to fare well through the economic crisis brought about by the COVID-19 pandemic:

AstraZeneca PLC US:AZN UK:AZN is based in London. The stock has a dividend yield of 2.56% and is held by all three funds listed below. For investors who want to focus on dividends, Koontz emphasized the importance of looking beyond the U.S.

Following a long legal battle, Qualcomm US:QCOM and Apple US:AAPL settled their patent dispute in April 2019 with a six-year licensing agreement that has “created opportunity” for Qualcomm as smartphone manufacturers focus on 5G technology, Koontz said.

Semiconductor concern and iPhone screen specialist Universal Display Corporation (NASDAQ:OLED) is gearing up for its first-quarter earnings report due out after the close this evening, with its stock up 4.6% to trade at $153.33 today. With support in place at its 20-day moving average, OLED has gradually started to distance itself from its mid-March trough, according to Yahoo Finacne.

Plenty of options players have their eye on the Apple supplier before earnings, too, with 2,667 calls and 1,895 puts across the tape so far, both of which are five times the average intraday volume. Positions are being opened at the May 170, 175 and 180-strike calls. This suggests these traders are speculating on plenty more upside for the underlying stock before these contracts expire next Friday, May 15.

Today's call preference isn't new for OLED, which sports a 10-day call/put volume ratio of 3.54 at the International Securities Exchange (ISE), Cboe Exchange (CBOE), and NASDAQ OMX PHLX (PHLX). This ratio sits higher than 92% of readings from the past year, suggesting a much heavier appetite for these bullish bets of late.

Analyst sentiment, meanwhile, is more lukewarm. Just two covering OLED consider it a "strong buy" compared to six "holds" and one "strong sell." That being said, the consensus 12-month price target of $192.11 is a 24.9% premium to current levels.

A look at Universal Display's past eight earnings reports show the chip stock tends to do well the day after earnings, ending higher 63% of the time and averaging a next-day swing of 12.2% regardless of direction. This includes an impressive post-earnings pop of 23% back in February of last year. This time around the options market is pricing in a slightly bigger swing of 13.6%.

Reuters reported that, following a slump of almost a third between Feb. 19 and March 23, the tech-heavy index has rebounded over 30%, driven by strong gains in Amazon.com Inc (AMZN.O), Microsoft Corp (MSFT.O) and other so called “stay-at-home” stocks.

The Nasdaq has gained about 13% over the past 12 months. It has little exposure to oil stocks, which have been a drag on the S&P 500 as demand for crude evaporates due to the slump in economic activity caused by the coronavirus.

With people shopping from home due to orders to remain at home and avoid stores, Amazon has surged 9% since late February. After hitting a record high a week ago, it lost ground after warning it could post a quarterly loss due to heavy spending in response to the pandemic.

Microsoft, Wall Street’s most valuable company, on Thursday rose 0.5%. It has been helped recently by increased use of its Teams chat and online meeting app and Xbox gaming services. 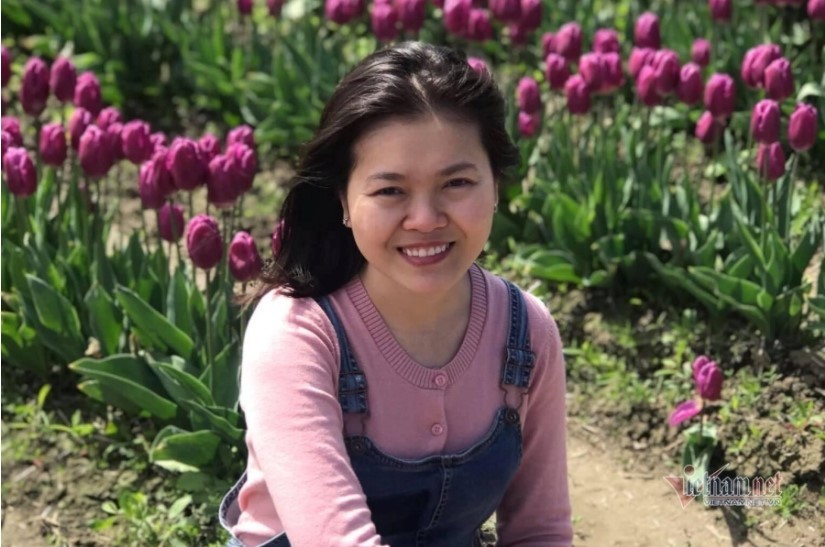