The Strawberry Moon is due to rise on Friday, as the Moon completes another Lunar cycle. The wild strawberries that start to ripen during early summer gave name to the Full Moon in June. Other names are Rose Moon, Hot Moon, and Mead Moon. And what is the spiritual meaning of the Strawberry Moon?
Tarah Nguyen
thuyhang.vietnamtimes@gmail.com June 05, 2020 | 09:17

On June 5/6 2020, depending on your time zone, the Strawberry Moon may turn a shade darker for residents of Asia, Australia, Europe, and Africa, as it imperfecly aligns with the Sun and the Earth during a penumbral lunar eclipse.

In ancient times, it was common to track the changing seasons by following the lunar month rather than the solar year, which the 12 months in our modern calendar are based on, as per the timeanddate.

For millennia, people across Europe, as well as Native American tribes, named the months after features they associated with the Northern Hemisphere seasons, and many of these names are very similar or identical.

The full “Strawberry Moon” will occur at 19:12 UTC on June 5, 2020, which gives moon-gazers two fabulous opportunities to watch the full Moon both set (around dawn) and rise (around dusk).

It may appear pink or red when it is close to the horizon, however, as it is viewed through a much thicker layer of the Earth's atmosphere.

June’s full moon follows a succession of so-called supermoons, whereby the moon appears bigger and brighter in the sky.

The rare event takes place when the moon is at its closest orbit to Earth, allowing a better view of its craters, basins and other features.

With 2020 being a particularly stressful year, the astrology blog Satin Crystals said the Strawberry Moon is a time to regroup, according to the express.co.uk.

Satin Crystals said: "Regardless of what you want to call it, the June Full Moon is about enjoying the fruits of your labor. While you toiled in strife to plant seeds of success in the spring, summer is here and you get to indulge.

"During this Full Moon, it's critical that you let go of the workload mentality and make way for some fun and relaxation. Life is a playground, after all."

The name Strawberry Moon originates from North America, where native tribes associated the rising of the June Moon with the blossoming of berries.

Strawberries are native to North America, and before the 1600s Europe had never heard of the fruit.

Before strawberries were introduced to this side of the pond, the June Full Moon was known as the Rose Moon due to the blossoming of roses.

The Farmer's Almanac said: "At this time of year, when spring turns to summer and the flowers of May begin to fade, berries burst forth from bushes.

"To the Algonquin tribes who once roamed much of North America, June was synonymous with strawberries.

"This sweet, tangy and nutritious wild food staple was only available for a short time each year.

"So June's full Moon naturally came to be known as the Strawberry Moon, a name that was universal to every tribe.

The Full Moon phase marks the exact moment the Moon’s Earth-facing side is totally illuminated by the Sun.

As the Moon orbits both the Earth and the Sun, different amounts of the side of the Moon we see are lit up.

This shifting luminescence is called the Lunar Cycle, which lasts approximately 29.5 days from one New Moon to the next.

Here are all of the 13 named Full Moons you should look out for this year:

When to see the ‘Strawberry Moon’

Find out the exact times of moonset and moonrise on Friday for your location. Here are some sample times for three cities: 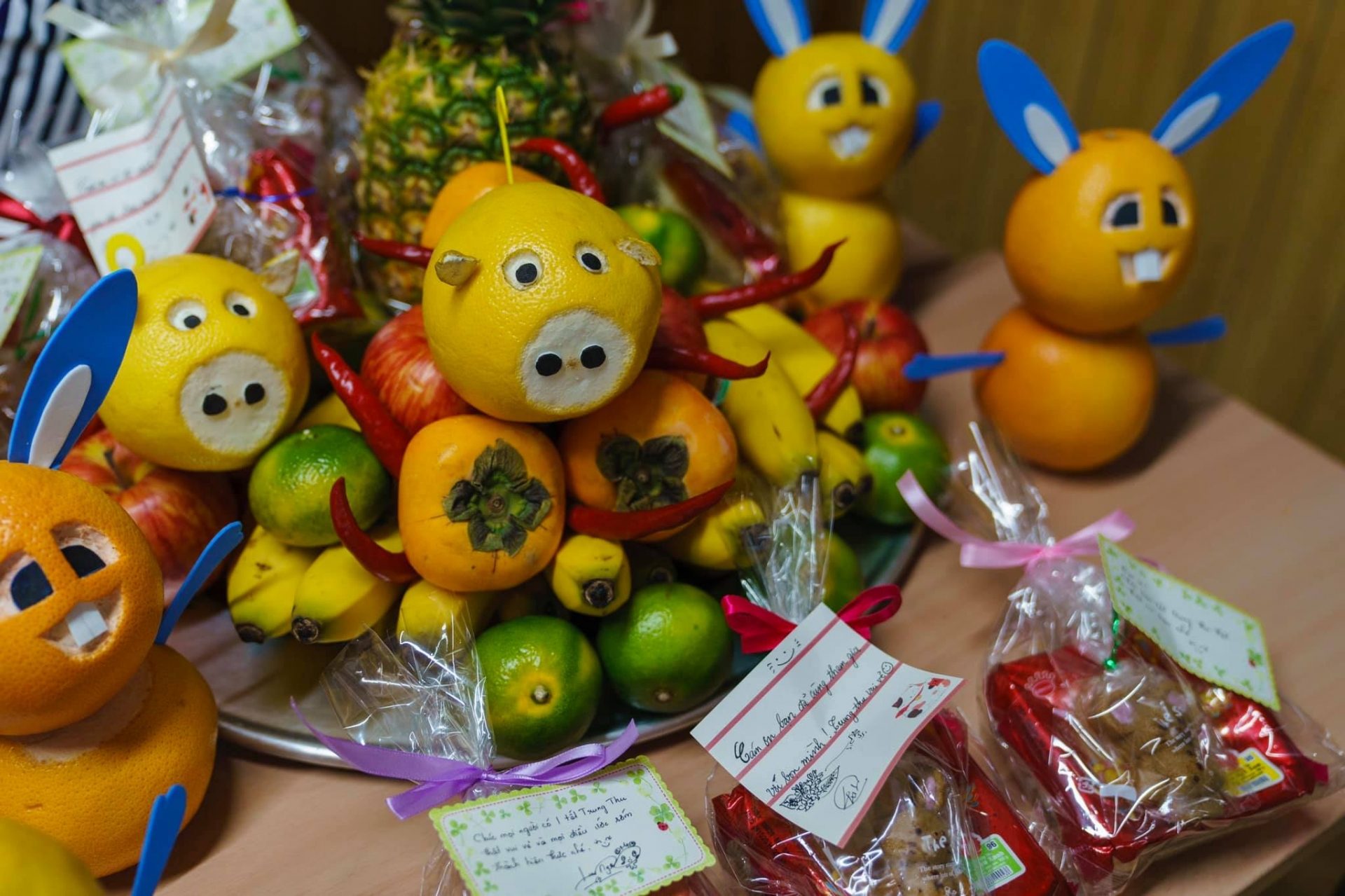 The Vietnamese Buddhist Association in Japan and Hana’s Charity have recently organised a full-moon festival at a community centre in Chiba prefecture where nearly 60 Vietnamese citizens stranded by COVID-19 are staying.
September 29, 2020 | 08:20 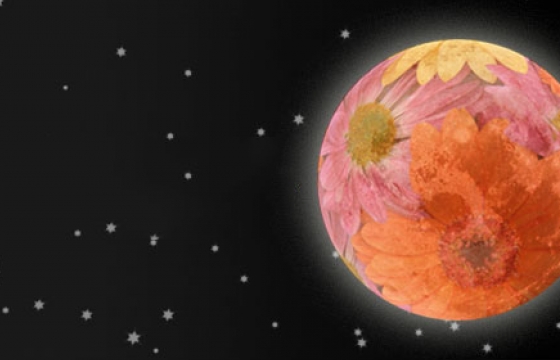 World news today May 7 sees athletes from 14 professional sports leagues across the globe dedicate their jerseys and uniforms to a special health care hero. Meanwhile, the Full Moon May 2020 is expected to shine the brightest tonight.
May 07, 2020 | 20:03 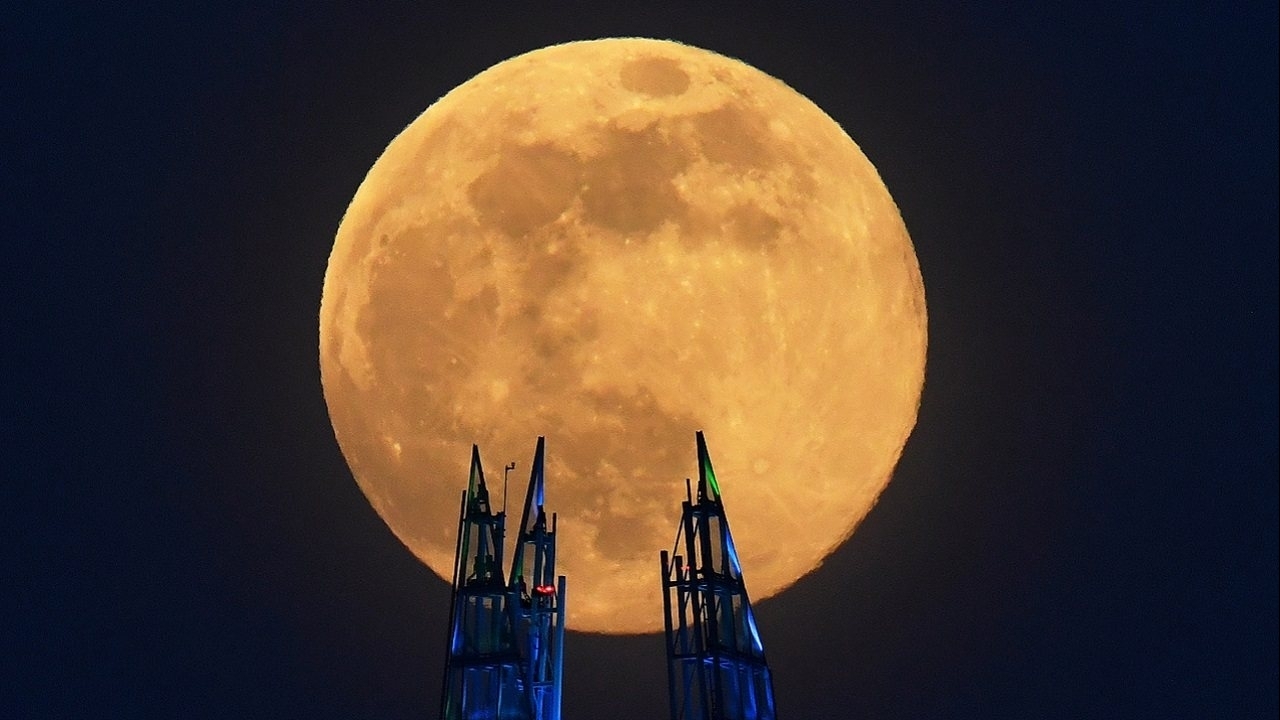 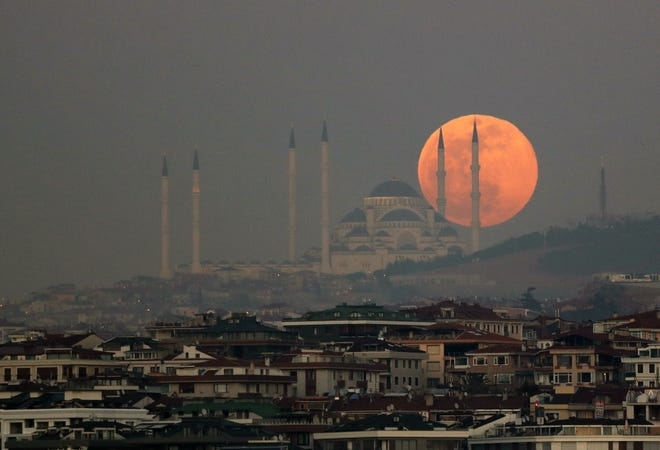 Watching the pink full moon amidst the straining COVID-19 time must be calming as you can immerse yourself back in the nature for a while. Below is a closer insight into this year's April full moon, with video and a collection of pink moon photos taken by photographers around the world.
April 08, 2020 | 13:07