They knew it might not happen in their time, but some students put in the hard yards to get an Ivy League school offering a Vietnamese class
Jasmine Le
lehang1997hanu@gmail.com November 26, 2021 | 07:57

When Andrew Ton, a Vietnamese American, got the news that Brown University was offering its first Vietnamese language class this fall, he was more than pleasantly surprised.

Ton had raised the idea of establishing such a class in 2018, when he was a second year undergraduate student at Brown.

"The process was faster than I expected, honestly," he told VNE.

Ton, 23, was born in California to a Vietnamese family that migrated to the U.S. in the 1970s.

In 2016, Ton left his family to start his first year at the university in Rhode Island. Not long after, he realized not hearing Vietnamese spoken was making him homesick, reported by VNE.

That summer, Ton visited his grandmother and found that his ability to speak his mother language was getting worse. Seeing how she struggled to talk to him in English, he felt guilty and remorseful that he could not speak in fluent Vietnamese to her, though she had taught him to as a kid.

"It was a matter of shame, and I wanted to fix it."

Ton knew that his Vietnamese was not good when he was in elementary school. His parents had tried to teach him and two older sisters, even making them go to a Vietnamese class every Sunday, but they never spoke in Vietnamese to each other or to their elders. It was "quite a common trend" in migrant Vietnamese families that children who grew up in the U.S. did not speak their mother tongue and gradually lost the ability to use the language though they still "heard it" in the family.

Ton thought that a Vietnamese class at Brown would be a great initiative for him and others in the same situation.

In his second year, Ton took his idea further. He talked to his Vietnamese friends and found that they were also experiencing a similar homesickness. Once they got to college, they felt alone without hearing Vietnamese spoken around them, and regretted that they had not learnt their mother tongue properly in their childhood. It also felt that they were being cut off from their Vietnamese roots. They wanted to reconnect with their culture, and they wanted to do it on their own terms.

Ton and some other members in the Brown-RISD Vietnamese Students Association (VSA) then conducted a survey in Brown, asking about students' proficiency levels; and received around 50 responses. Only 30 percent were fluent in Vietnamese, and they all would love to learn the language in an academic environment.

Some respondents went further than reconnecting with their families. They suggested that studying the Vietnamese language would enable them do better research on topics related to Vietnamese and American history and culture, including literature.

Also, they wanted to travel to Vietnam on their own and check out potential professional opportunities.

Ton, president of the Southeast Asian Studies Initiative (SEASI) at Brown, said he was somewhat optimistic about getting the class because Brown always emphasized its interest in having a more diverse community, though he knew it would not be easy.

A big challenge in getting the ball rolling was keeping students interested in the idea and convincing the administration that it was a persistent interest, Ton said.

The team collected support letters from students and faculty members for an appeal to the university administration to promote diversity via a Vietnamese language class.

They had their "first victory" in the summer of 2019 when they were told that such a class could be budgeted for.

"But Covid happened... and the administration said it had to freeze any hiring process because of the pandemic's financial impact."

It also coincided with the time of Ton's graduation, so he had to find younger members to maintain the momentum.

"Luckily, they were excited and motivated."

After Ton left Brown, Malery Nguyen was one of the active members who helped ensure that "the future class would not disappear."

Born in Florida, Nguyen had a similar story as Ton's, and felt it was "essential" that she learns Vietnamese. At home, she and her younger brother got to listen to their mother tongue, but they typically "replied in English."

She said: "One major difficulty in setting up a Vietnamese class at Brown was finding its place in the curriculum as there was no Southeast Asian Studies Department."

It did not fall into any similar language categories. Hence the administration had to find other professors.

To push the plan forward, the 22-year-old and her team highlighted the difference between Southeast Asian Studies and East Asian Studies (which is one of the existing departments) and the urgent need for distinguishing them. Nguyen believes that Vietnamese students' attendance, including hers, in history lessons attracted Brown's attention and made the demand for a new language class credible.

Nguyen, too, graduated shortly before the class was offered and was very excited to see the turnout for their efforts at Brown and the interest from Princeton University.

Princeton, another Ivy League institution in New Jersey, is also offering, for the first time, a course in Vietnamese in partnership with Brown. The course, taught in-person by a lecturer at Brown, is attended via Zoom by two Princeton students from a classroom in East Pyne Hall, according to The Daily Princetonian.

She expects more young Vietnamese students to sign up for the class in the future.

She is also confident that "it's going to be a much bigger project."

Bella Hoang, 21, the only member of the team who is still at Brown, did not share Nguyen's confidence.

She was afraid that there might not be "enough momentum" to keep the class going for long at Brown.

Hoang's main interest in being part of the team was to help form a Southeast Asian major at the university.

Mostly involved with VSA, Hoang said she was striving to increase the group's presence on campus to attract students' interest in Vietnam's culture and history.

She said she looked forward to seeing SEASI establish further collaboration with other groups to introduce the class to freshmen at Brown. She felt that its image was not popular enough for new students.

"I think that creating Southeast Asian studies at our university will help the Vietnamese class become more permanent."

At present, Brown offers two levels of Vietnamese classes for beginners and intermediate level for people having basic knowledge but wish to improve their vocabulary and grammar.

Jane Sokolosky, director of the Center for Language Studies at Brown, who Ton described as a "key player" in the process and really made things happen, said the Vietnamese team was instrumental in reaching out to her and related people at the Dean’s office and the East Asian Studies department.

She emphasized that while less commonly taught languages such as Vietnamese may initially see few students, they are very important.

A PhD student at the Yale University now, Ton said he hoped that students at Brown would be aware of this "amazing opportunity" for them to maintain the Vietnamese class for future purposes. They should make sure that the university knows that these courses are appreciated and need to convey how important the classes are to the university, so that it is motivated to keep it, he said.

Personally, Ton said he would find other ways to learn Vietnamese and visit Vietnam again as an adult. He had visited the country once when he was 11, but did not have many memories of his homeland.

"I really want to see things that my sisters and I have been waiting to see from our family's stories. That will be very cool." 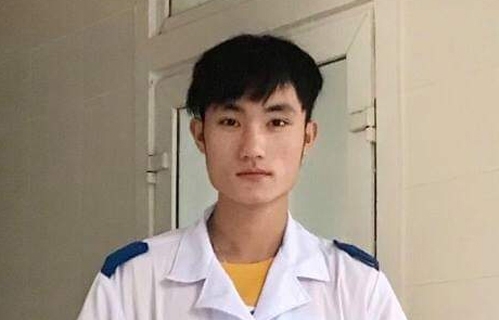 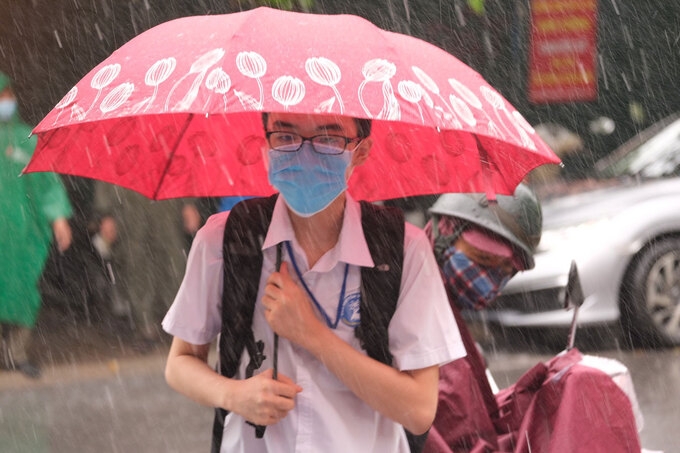 Despite the unpleasant weather, many examinees said they were still confident in their test performance
June 14, 2021 | 07:00 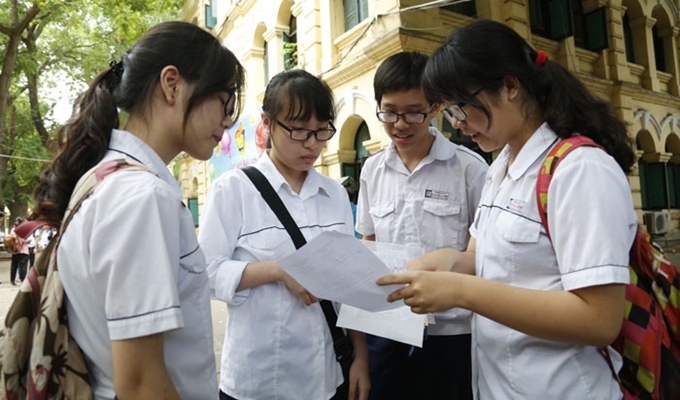 The summer holiday will begin two weeks earlier for over two million Hanoi students, from kindergartens to high schools, as a Covid-19 prevention.
May 14, 2021 | 00:39