With unique architecture and pristine beauty, the Fallen church, in Nam Dinh province is a must-see destination in northern Vietnam. Given its close proximity to the sea, the Fallen church will surely offer churchgoers an unforgettable experience.
Jasmine Le
[email protected] October 24, 2020 | 07:47

The Fallen church, known as "Nhà thờ đổ Hải Lý" in Vietnamese, is also called the "Heart church". It was built in 1943 and designed by a French architect.

In 1966, the sea began to encroach on land for more than 1km. Following the invasion, the village that stretched along Xuong Dien beach disappeared.

Some outstanding constructions with intricate architectures had been "swallowed" by the sea waves through times. Only the Fallen Church, which is dedicated to St. Maria Madalena is still standing there. However, the construction is not as intact as it used to be.

The church's stereobate has been invaded by seawater, which ruined the original architect.

Local authorities and residents have built embankments around Fallen church in a bid to conserve the culture-rich construction. The church is now a hot check-in place for visitors and locals alike.

However, as the church has deteriorated and partly collapsed, the entire area is now surrounded by fences, preventing visitors from approaching.

The roof of the remaining church bell tower viewed from above.

Architectural patterns inside the church have been worn away. The bricks are exposed through time.

There have been many eateries sprouting these days to serve tourists' needs.

The vestiges of the once magnificent and splendid church still remain.

On the occasion, the two leaders discussed the progress of the special solidarity between the two nations as well as the fruitful bilateral partnership over the years, and affirmed that they always put the Vietnam-Laos relations in top priority.
12:20 | 26/09/2022 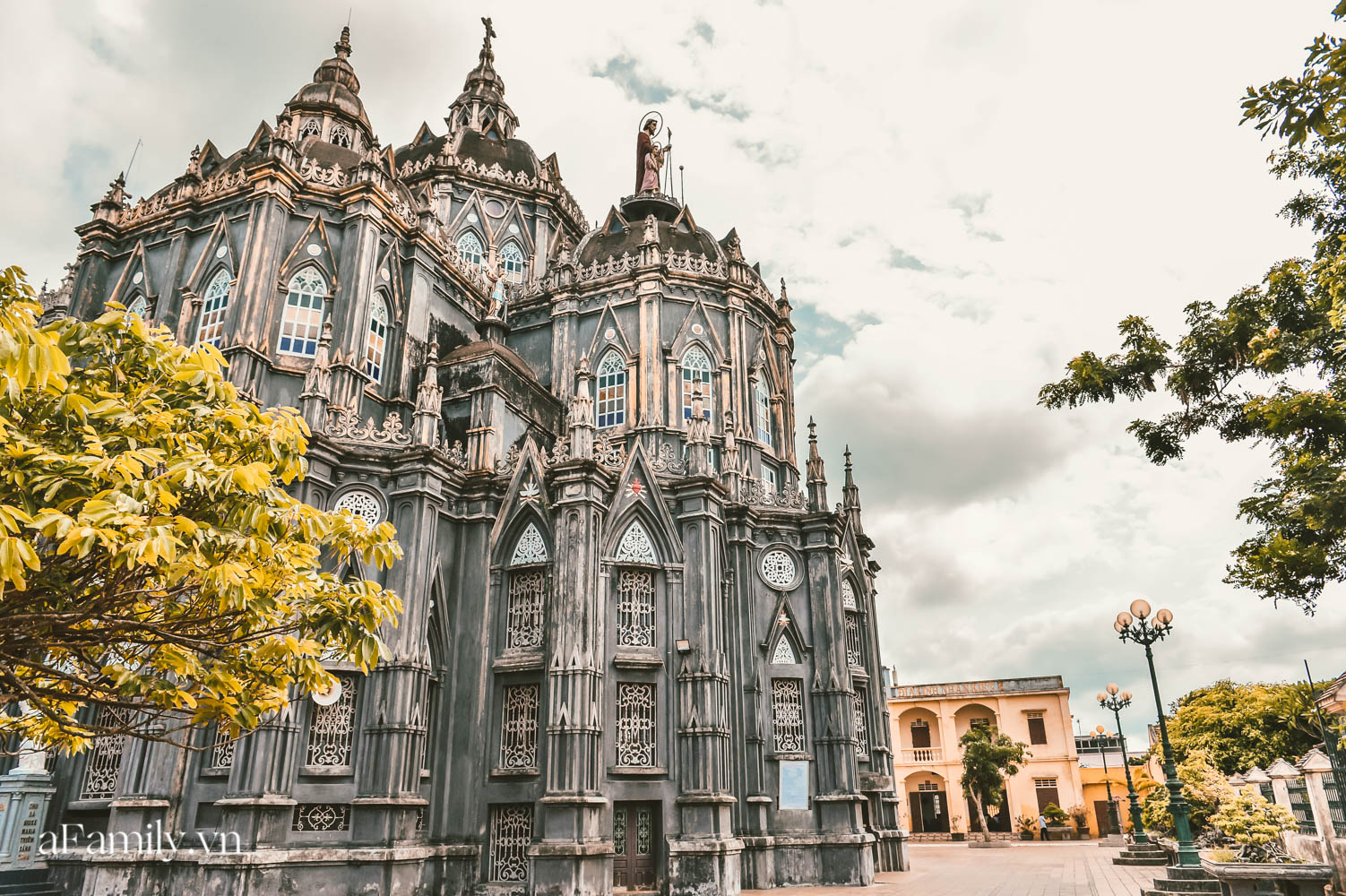 The image of the small Mam Xoi hill in Mu Cang Chai, with the color of ripe rice, will enchant any traveler looking for dreamy views.
September 23, 2022 | 12:48
Phiên bản di động