The holiday season is normally the “golden time” for Vietnamese nail salon owners in California to earn money. However, due to the stay-at-home orders caused by Covid-19, their operations have been seriously affected.

To toast a new year, Tina Vo usually travels to Las Vegas to "stuff my stomach" and try her luck at blackjack.

In her luggage, she packs essentials such as perfume, sequined dresses, and strappy heels "that make me look much, much taller in photos," said the customer services agent from Anaheim. Before taking off, her tanned skin would be vigorously massaged, her toes and fingernails buffed and painted crimson, her hair gleaming with brown ombre highlights.

Yet this winter, Vo is not as sparkling. She skipped her pampering rituals and her annual jaunt to Sin City.

The holiday season, normally a mainstay of the nearly $50-billion beauty industry, lost some of its luster heading into 2021, as California's stay-at-home orders intensified. Empty chairs now fill Little Saigon, the Orange County nail salon capital of the U.S., as pandemic restrictions not only left countless manicurists out of work but also slashed the incomes of aestheticians, herbalists, massage therapists, barbers, and plastic surgeons, many growing desperate.

Even before wrapping up the most glamorous season of the year, workers say that business is down by as much as two-thirds, while the regulars primping themselves with scrubs or treatments have virtually disappeared. The ongoing shutdown, some say, has conjured an economic nightmare worse than last spring, according to Los Angeles Times.

The holiday season is the straw that broke the camel's back

Salon owners say their financial troubles began with the initial statewide shut down in March when Gov. Gavin Newsom blamed a Northern California nail salon for being ground zero of community transmission of the coronavirus. His assertions proved to be false, but for plenty of immigrants in the largest Vietnamese business district outside Vietnam, the damage done by his statements has multiplied.

"It's like watching a horror movie. What used to be a handful of customers coming through the salons I go to has — poof — disappeared. There's no energy, no liveliness," said Vo, 25. "My friends employed there to tell me that people pray for good news while they've been mourning like they're at the cemetery."

Vo's cousin Kim Stevens, who has delayed a cosmetic procedure on her eyelids, said she and family members are more worried about "exposing ourselves to germs at medical offices." That's why even though she bargained with the staff at a Westminster practice for a good price — gaining 20% off by paying cash for surgery — she will "think twice" about proceeding.

Stevens, 30, of Irvine is hoping that the money she saves by postponing her surgery might allow her "more beauty options later in 2021, if not in 2022."

Workers say the holiday season showed how the pandemic's trickle-down effects have upended the beauty sector. Nga Nguyen, 56, a hairstylist for over two decades, says her days now are spent "cleaning and recleaning."

"What else is there to do?" said the Santa Ana mother, who works at My Ngoc in Westminster.

"People don't make themselves look good, because there's nowhere to go. This holiday, there haven't been parties. There's no need to buy clothes, so why would they need to fix their hair or do a makeover?

"I'm so scared about our near future and our long-term future in our field."

Demi Quynh, who trained at Advance Beauty College in Garden Grove, helps manage Revive Health Spa in Huntington Beach with a roster of clients from Little Saigon. "This is the season where we sell lots of gift cards, but people aren't buying," said the massage therapist, who's in her 30s. "Some of us are thinking of looking for work in a factory. Always on our mind is the thought of survival."

She said spa and salon workers have made safety a top priority, and she's never without a mask when on the clock.

"I'm covered up and the customer is also covered when I turn them over to massage another spot. But with a facial, well, facials, are no longer in demand," Quynh said. "So many of us place hope in the [COVID-19] vaccine. Who knows when the vaccine will be widespread?"

Though industry workers worry about the drastically decreased seasonal clientele, analysts and business owners say employees started departing at the end of the summer, frantic to find other jobs. Some have turned to family members to borrow money or help pay their bills.

"First, the owners were overjoyed to be able to set up hair or nail stations outdoors, since it's less risky to be outdoors. They did sacrifice to invest in a new way of doing business. Yet after spending that money, they have to close again and again," said Hai Thanh La, executive vice president of Merchant Service Group, a payment processing company that manages more than 5,000 beauty salon accounts, including hundreds owned by Vietnamese Americans.

"The beauty industry is different from the restaurant industry. A restaurant doesn't have to be fancy to be successful. But a salon has to be pretty because people go there to be pretty," he added. "Therefore, the pressure and the costs to consistently adapt during a health crisis are immense."

Cosmetology students have also been impacted

Cosmetology student Darren Luu, who's eager to earn his license, is nearing completion of the 1,600 class hours required to take the test administered by the state Board of Barbering and Cosmetology. But there's a catch. The pandemic has stalled the scheduling of exams, which may not restart until August.

"It's distressing to think of the delay, yet we live in reality. What choice do we have but to wait?" said Luu, a Garden Grove resident. He has a promising career ahead of him — he finished third in Supercuts' 2020 Student Styling Online Photo Competition — but said he's sad that launching it will require months of patience.

The one bright spot during stay-at-home orders is that, for the first time, officials from the Board of Barbering and Cosmetology have pivoted to allow virtual instruction for students, balancing 25% in-school courses with 75% online.

"It's unprecedented," said Linh Nguyen, vice president of Advance Beauty College, which has locations in Little Saigon and Laguna Hills. "It's not ideal, because at home you practice on mannequins and you have to do nails on fake hands or doll hair instead of having a live person. But at least your learning isn't stalled."

Facing the risk of losing customers after the lockdown is lifted

What pains professionals in the beauty business is seeing their clients migrate to other workers "offering services underground" or staying open by a "side door," Nguyen said.

"They look at social media and people post about how happy they are getting haircuts and you know that you're losing customers. Sometimes, you can't blame them because they do need to get things done," Nguyen added. "Still, it's heartbreaking."

As consumers and retailers prepare for the Lunar New Year and Valentine's Day — and with officials emphasizing the necessity of maintaining good health in a pandemic — it's more important than ever for the industry to make its services readily available, workers say.

"This is a time when we should be booming — health in outer appearance and inner nutrition," said Suzette Christian-Marchetti, Advance Beauty College's director of partnerships.

As for Vo, the casino aficionado, New Year's Eve found her in pajamas that she ordered online, with dreams of a return to the glitzy Venetian Las Vegas hotel in a not-too-distant future.

"Hopefully, I can try another hair color by then," she said. "I want the workers to get paid." 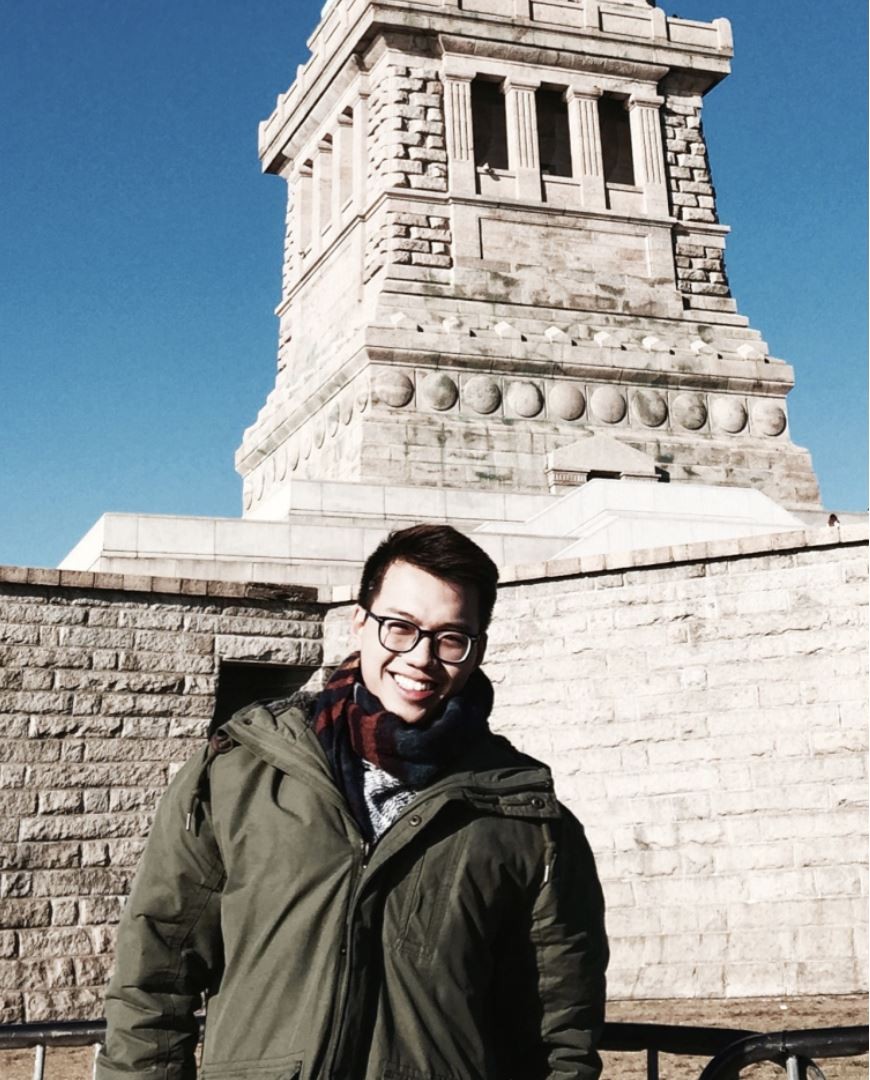 Tuyen graduated from two universities and is currently working as a manager in an international corporate. The best keywords to describe him are probably “talented, visionary, and ambitious”.
June 18, 2022 | 08:39
Phiên bản di động