Apple's online Apple Store was mysteriously down on Tuesday for just about an hour, and attempting to access it to make a purchase gives the standard "Be Right Back" message, but it has emerged from the downtime with a brand new look and a dedicated tab on Apple’s top-level navigation.
Tarah Nguyen
thuyhang.vietnamtimes@gmail.com August 04, 2021 | 09:18

Given that it's a Tuesday night/afternoon in the United States and we're not expecting any new products this week, it's likely that this is a temporary maintenance outage that is not related to a new product release. The Apple Store app is also down at the current time.

We'll update this article when the online Apple Store is back up and functional, and we'll let MacRumors readers know if there are any notable changes.

Currently, the online Apple Store is back up. Apple has re-added a "Store" tab to its main site, but that appears to be the only change, suggesting the outage was mostly a behind-the-scenes maintenance update.

At the top of the store, there are images and links to many of Apple’s product lines (Mac, iPhone, AirPods, etc.). Some of those links take you to new dedicated Store pages for the products, which show you what models are available and point to resources like shopping guides, accessories, and support. On the main Store page, there are also sections for what’s new, links to support pages, and more.

The new design is filled with cards — it’s somewhat reminiscent of Apple’s Store app for iOS. It feels mobile-first, with smooth horizontal scrolling between cards on phone, something that doesn’t translate as well to desktop. There, the site surfaces arrows you may need to tap on.

As far as we can tell, there aren’t any new products — this update appears to be strictly a fresh coat of paint for Apple’s online store. And the pages for actually buying a product don’t appear to be different than they were before, according to the theverge.

The change to the store arrives ahead of what’s expected to be a busy fall for Apple — the company has been rumored to be working on the iPhone 13, new AirPods, and new MacBook Pros that all could launch soon. Whatever products Apple ends up announcing, now there’s a new store that can showcase them.

Apple might be focused on Macs with in-house silicon, but that doesn't mean it's completely neglecting the Intel-based models. The tech firm has updated the Mac Pro with new high-end GPU options that promise big strides forward for graphics- and compute-intensive apps. AMD's Radeon Pro W6800X, W6800X Duo (shown here) and W6900X cards tout 50 percent improved performance per watt over their Vega II predecessors, Apple claimed, and that translates to significant speed boosts in relevant apps.

You can expect up to 84 percent better performance in the Octane X rendering app, Apple said. The 26 percent and 23 percent claimed jumps in Cinema 4D and DaVinci Resolve aren't quite so impressive-sounding, but they're still meaningful if you're either buying a new Mac Pro or upgrading from one of the more modest GPUs.

Apple isn't shy about the origins — these are workstation-oriented parallels to the Radeon RX 6800 and 6900 series consumer boards. The biggest differences, as you might guess, are tweaks to cater to the pro market. All of them include four Thunderbolt 3 ports and an HDMI 2 connector, and they support an Infinity Fabric Link that lets up to four GPUs (such as two W6800X Duo modules) talk to each other five times faster than PCIe. Both individual GPUs include 32GB of GDDR6 memory, while the W6800X Duo unsurprisingly includes 64GB, reported the engadget. 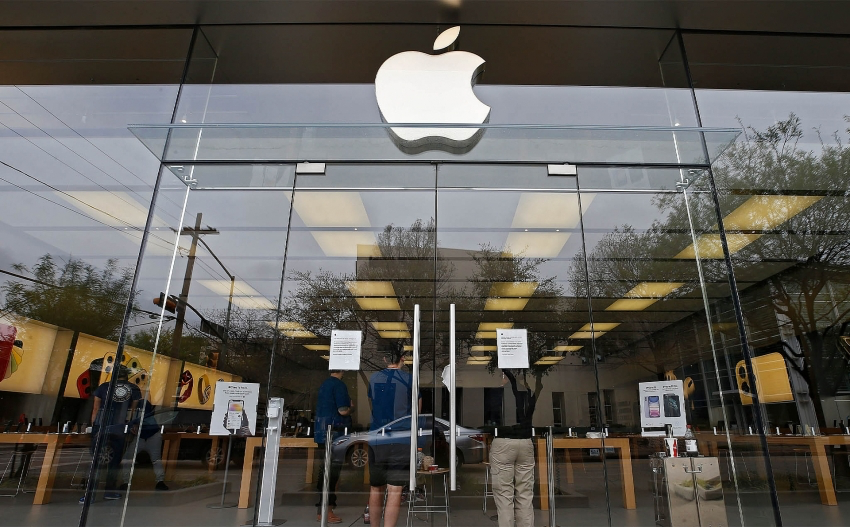 The market is recovering leading by major tech giants, after Apple's new peak price, all other big tech firms are enjoying the green in their stocks and Tesla stock is on the verge of becoming a bubble.
July 11, 2020 | 09:53