World breaking news today (May 4): Bill and Melinda Gates to divorce after 27 years of marriage

Bill and Melinda Gates to divorce after 27 years of marriage

Bill and Melinda Gates are getting divorced after 27 years of marriage, the couple announced in a joint statement Monday.

"After a great deal of thought and a lot of work on our relationship, we have made the decision to end our marriage. Over the last 27 years, we have raised three incredible children and built a foundation that works all over the world to enable all people to lead healthy, productive lives," the statement said.

"We continue to share a belief in that mission and will continue our work together at the foundation, but we no longer believe we can grow together as a couple in this next phase of our lives. We ask for space and privacy for our family as we begin to navigate this new life."

Bill and Melinda Gates, 56, met in 1987 while working at Microsoft. Melinda, who was 24 at the time, had just started working as a marketing manager. Bill was 31 and the CEO. They married in 1994, and a year later, Bill became the richest man in the world.

In 2000, they started the Bill and Melinda Gates Foundation, a philanthropic organization that has spent $53.8 billion in its fight against "poverty, disease and inequity around the world, according to the foundation's website. The charity, which is considered one of the world's largest, has invested more than $1.75 billion to fight COVID-19.

In a statement late Monday, the foundation said Bill and Melinda would remain co-chairs and trustees and no changes to their roles have been planned, CBS News reported.

The Secretary-General of the European Commission, Ilze Juhansone, and the Secretary-General of the External Action Service, Stefano Sannino, jointly summoned the Ambassador of Russian Federation to the European Union, Vladimir Chizhov, on Monday to condemn the decision of the Russian authorities from last Friday to ban eight European Union nationals from entering the territory of the Russian Federation.

Ambassador Chizhov was informed of the strong rejection and firm condemnation by the EU institutions and EU Member States of this decision, which was purely politically motivated and lacks any legal justification.

They also noted that the EU reserves the right to take appropriate measures in response, EEAS reported.

America's top diplomat explained that the diplomatic ball is now in North Korea's court, stressing that the Biden administration is focusing on a practical approach that will explore diplomacy with the regime.

"I hope that North Korea will take the opportunity to engage diplomatically and to see if there are ways to move forward toward the objective of complete denuclearization of the Korean Peninsula. And so we'll look to see not only what North Korea says, but what it actually does in the coming days and months. But we have, I think, a very clear policy that centers on diplomacy and it is, I think, up to North Korea to decide whether it wants to engage or not on that basis."

The remarks during a joint press conference Monday with his British counterpart in London, where he's attending the G7 Foreign and Development Ministers' Meeting, come after Pyeongyang threatened Washington that it will face a "worse and worse crisis."

U.S. Secretary of State Antony Blinken also underscored the need for regional cooperation in dealing with the North, in his bilateral meeting with South Korean Foreign Minister Chung Eui-yong, held on the sidelines of the G7 talks.

The two allies discussed the conclusion of Washington's extensive North Korea policy review, which Chung welcomed, as reported by Arirang.

Differences between New Zealand and China are becoming increasingly difficult to reconcile, said Prime Minister Jacinda Ardern, as China’s ambassador warned the country to stay out of its domestic politics.

Differences between New Zealand and China are becoming increasingly difficult to reconcile, said Prime Minister Jacinda Ardern, as China’s ambassador warned the country to stay out of its domestic politics.

The country has raised concerns about China’s policies in Taiwan, Hong Kong and towards the Uyghur Muslims in Xinjiang, but remains dependent on China’s insatiable demand for exports. On the other hand, China does not like to be criticised and has shown it is prepared to cut off imports if it feels it has been slighted.

“Managing the relationship is not always going to be easy and there can be no guarantees,” Ardern said in the speech.

“It will not have escaped the attention of anyone here that as China’s role in the world grows and changes, the differences between our systems – and the interests and values that shape those systems – are becoming harder to reconcile.”

Ardern noted in her speech New Zealand and other countries were grappling with this challenge of reconciling the different systems between China and the West, according to Stuff.

It’s been a long eight months for Gold bulls but over the next month, their wait may (or may not) be validated.

After an incredible surge through last summer that saw Gold prices move to an all-time-high, prices began to pullback in early-August and that’s pretty much continued since. Over that span of time, investor focus for similar plays have moved into cryptocurrencies, creating wild topside trends that have even seemed to re-define the anti-Dollar trade for many.

Case in point, on the day that Gold prices topped, August 7th of last year, Bitcoin prices were still below $12,000. Ethereum, which is currently trading at over $3,000 per coin, was trading below $400 back then. And Dogecoin wasn’t even trading at half a cent yet, whereas today, it’s threatening a breach of the 40 cent level. So quite a bit has changed since Gold prices have hit that all-time-high, and this has led many to believe that those flows that traditionally would’ve driven Gold prices higher have now been directed towards cryptocurrencies or other similar markets.

At this stage, 38.2% of that prior trend was taken out and buyers have so far spent the first month of Q2 trying to get back into the driver’s seat. And that eight-month sell-off takes on the form of a bull flag formation, with a support assist by a bullish trendline found by connecting May 2019 and March 2020 swing lows, Daily FX reported. 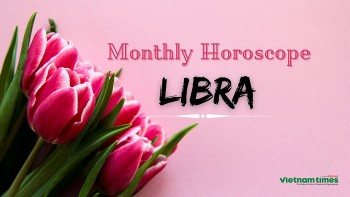